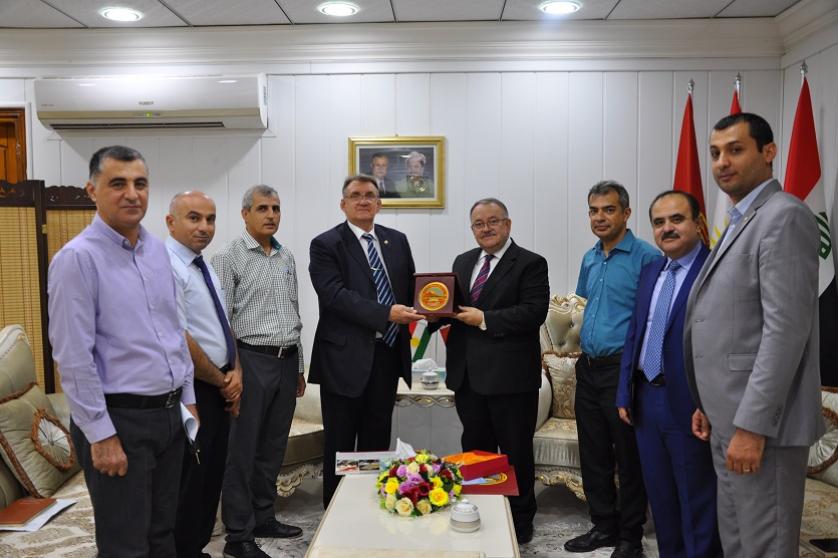 In the meeting, which was attended by the dean of the Engineering College at SUE, they discussed preparations for opening an aviation department at the college, which could be considered as the first aviation studies in KRG and Iraq.

The University President said that they have been discussing the project; therefore, they would take this opportunity to work with a renowned university like National University Aviation to receive the support needed to establish a department.

The president suggested that both universities would submit the proposal to the related party; this is the first time in KRI and Iraq that an aviation department will be established. SUE has always strived to be at the forefront of higher education.

Opening this department will result in a good relationship with the Ukrainian universities and it will serve aviation and airports in KRI and Iraq, said the president.

Also in the meeting, Tymokhin Viacheslav, Director of International Cooperation and Education at National Aviation University, expressed happiness. He said this will become a great opportunity for National Aviation University to foster relations with KRG universities He also mentioned that the Ukrainian University, which has been founded 85 years, is the second top university in USSR. They are one of the best universities in aviation studies internationally.

It is worth mentioning that the National Aviation University has 19 military aviation and 17 civil aviation departments.